Background: Histoplasmosis is a fungal infection caused by Histoplasma capsulatum which relates to immunocompromised status especially in HIV-infected patients.  Although Thailand is not an endemic area, the prevalence of histoplasmosis is considered to be relatively higher in the southern part of Thailand.

Objective: To investigate the clinical characteristics of histoplasmosis in Langsuan Hospital, a referral center in Southern Thailand.

Methods: Adult patients admitted during 1 September 2009 to 31 August 2015 due to histoplasmosis in Langsuan Hospital were retrospectively reviewed.  Clinical characteristics, laboratory results, and treatment outcomes were analyzed.

Results:  A total of 12 patients were reviewed. Median age was 38.5 years old, 10 were male (83%) and 7 were gardeners.  Eleven out of 12 were HIV infected (92%) and median CD4 count was 10 (range from 4-22) cells/mm3.  The most common clinical syndrome was disseminated histoplasmosis (83%). Organ involvement included skin (83%), oral cavity (58%), lymph nodes (33%), lung and maxillofacial space (17% each). Eight patients (67%) had fever and 5 (42%) had significant weight loss.  Seven patients (58%) had oral lesions.  Hepatomegaly was found in 2 patients (17%) and the other 2 individuals had splenomegaly.  Hemoculture for fungus was positive in only 2 patients.  Microscopic and pathological examination which was obtained from skin and oral lesions revealed yeast-like organisms in all of 12 patients.  After standard treatment, 11 patients (92%) recovered.

Conclusion: Disseminated histoplasmosis is the most common clinical syndrome of H. capsulatum infection in Langsuan Hospital. Most patients were gardeners and presented with skin and/or oral lesions.  Microscopic and pathological studies of these lesions are useful for diagnosis.  (J Infect Dis Antimicrob Agents 2015;32: 47-53.) 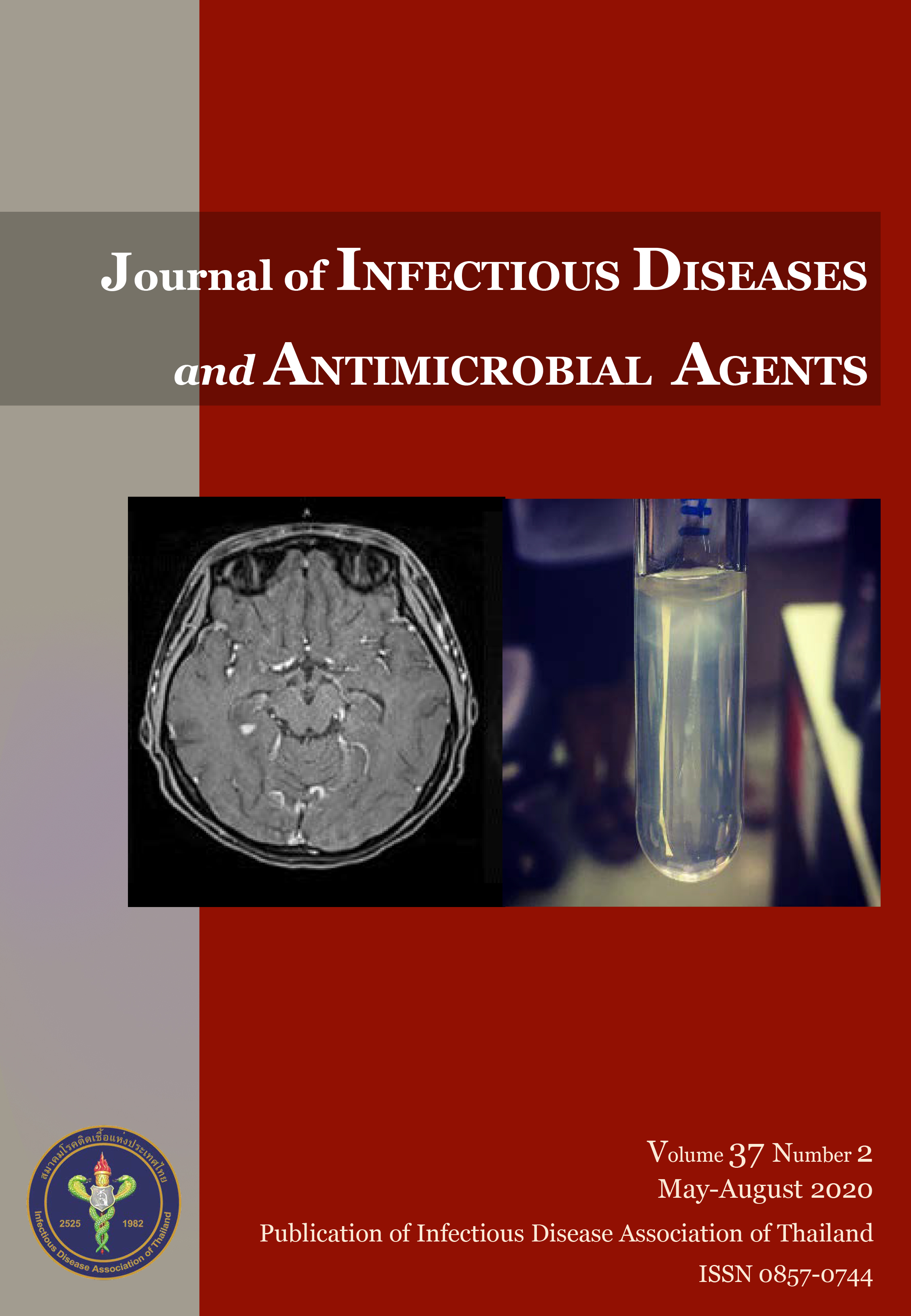